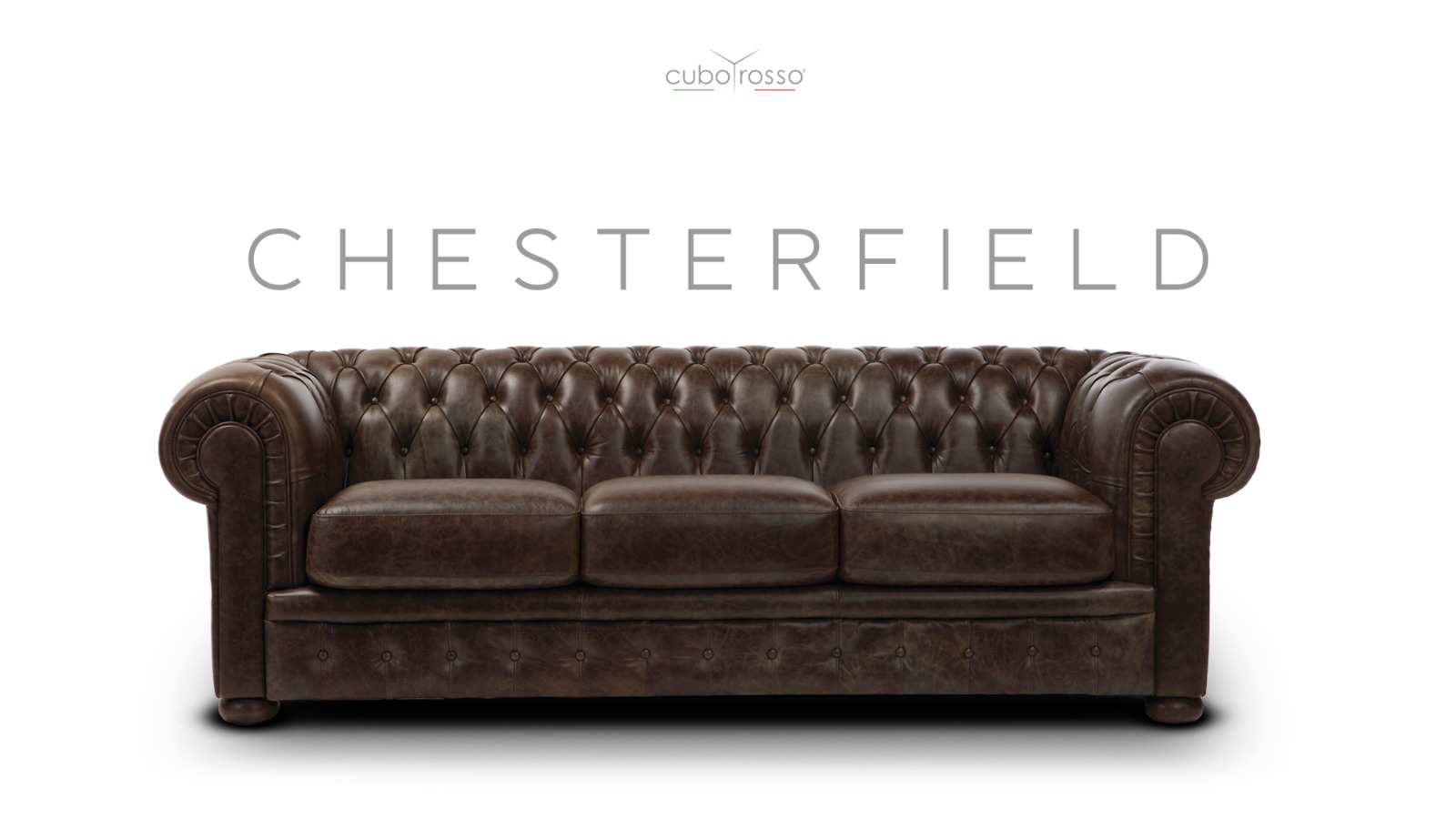 Status symbol and cult furnishing object since the eighteenth century, the Chesterfield sofa represents elegance and class. There are several theories on its origin but the most famous tells that this sofa was commissioned by the fourth Earl of Chesterfield, an English citizen. He wanted a sofa that would wrap around him like a shell so he could rest without wrinkling his clothes. The sofas used in those years were much narrower and hardly used to lie down. Subsequently, Chesterfield’s fame grew during the reign of Queen Victoria so much that it could be found in many catalogs of famous craftsmen in the eighteenth century.
The shape of Chesterfield is very characteristic and requires that the height of the armrests and backrest be the same. This prevents the arms from becoming numb. This sofa has also become famous for its particular capitonné finish. The padding, in fact, is quilted and decorated with equidistant buttons. This is not only an aesthetic choice but also a technical one since they allow you to keep the coating well stretched and avoid movement inside which would cause disharmonious and uncomfortable effects for the back. As a whole and especially in the front, Chesterfield conveys a totemic image and the armrests resemble a ram in a charging position. For this reason it is also used as a safety symbol in many advertisements.
The traditional upholstery of this cult is usually in leather which maintains its beauty intact over time and is easy to clean. In recent times, however, as you can also see in the #Cuborosso collections, it is made in different colors and fabrics, even in velvet. Being iconic, Chesterfield can be used in various contexts, from the office to the home and even to meeting places such as bars and hotels.