#cuborosso among the protagonists at Puglia Crossing Identities in the stand of the Puglia Region at the #SalonedelMobile.Milan 2017

This morning the exhibition space was inaugurated #PugliaCrossingIdentities in the Stand of the Puglia Region at the Milan Furniture Show until 9 April. (Pad. 18 – booth C02 C06).

"Puglia crossing identities – explains Emiliano – is the result of a dialogue between creativity and industrial production, manufacturing and tourist hospitality, a dialogue that we strongly wanted and pushed to bring the best of Puglia's design to the Milan Furniture Show and to revive the sector.

"The exhibition – adds Loredana Capone – has the merit of telling through every object, the place where it was generated, transferring the experience of the territory to its products, in a kind of intersection of identities in which tourism and economy, hospitality and manufacturing manage to merge into that unique brand that is Puglia.

Thus the relaunch of the Puglia home system passes through the design made in Puglia that alone reaches a share of companies equal to 3.3% of Italian design companies, placing Puglia at the top with Campania among the regions of the South".

In the regional institutional stand 30 prototypes entirely designed and produced in Puglia, made as part of the project "DESIGN in Puglia", promoted by Puglia Region in collaboration with ADI Association for Industrial Design – Section Puglia and Basilicata, Polytechnic of Bari, Production District "Creative Puglia", Production District of the Pugliese Furniture Wood.

Among the prototypes also the Panarium sofa of our production 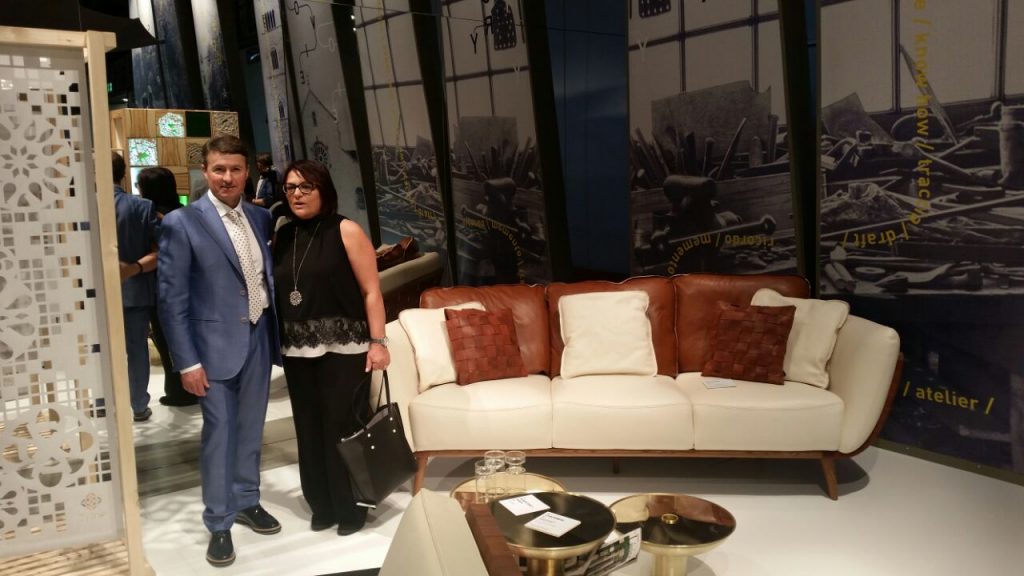