SOFAS ON THE SMALL AND LARGE SCREEN 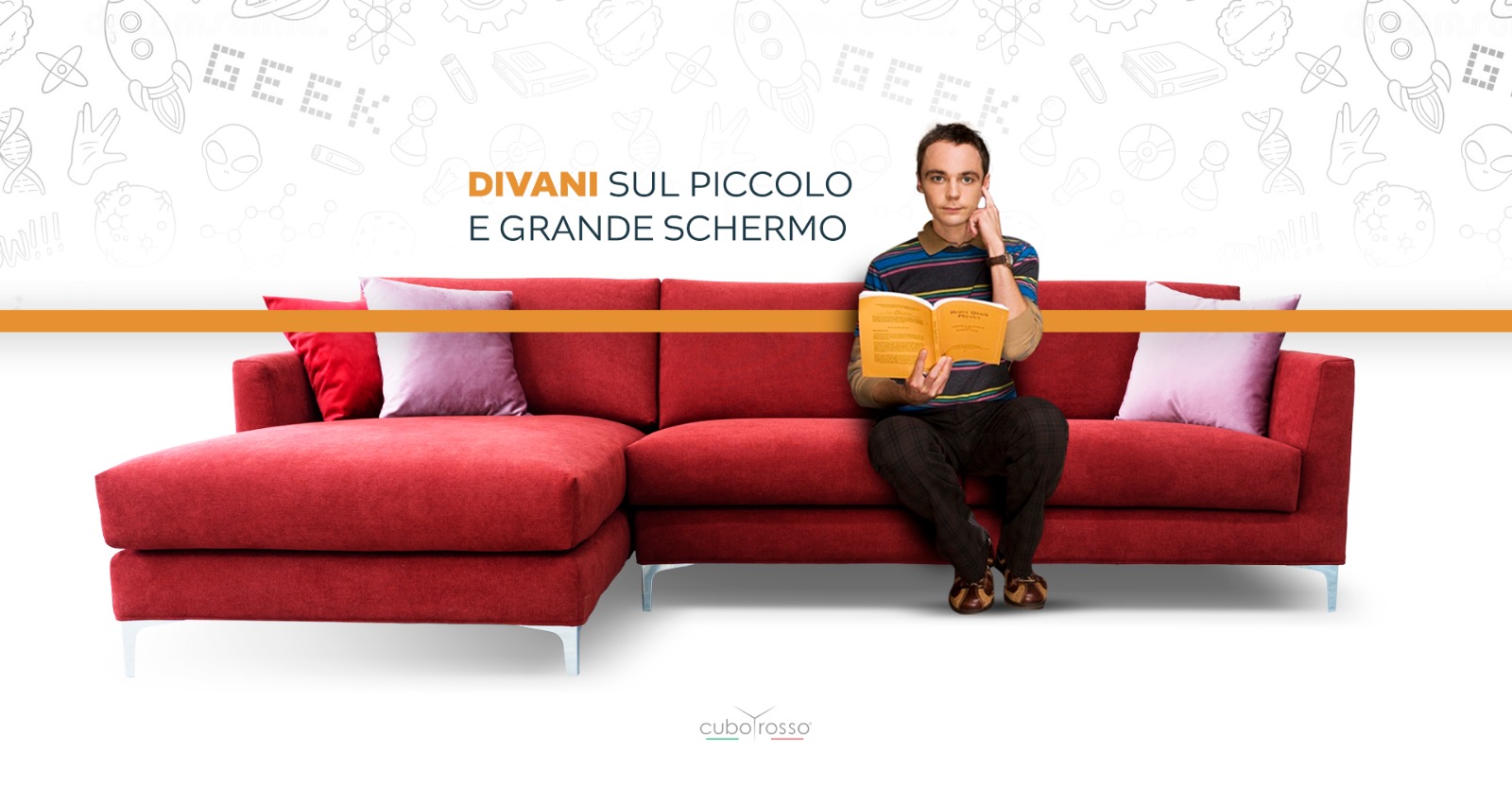 The sofa is the most common furniture in our homes, a must that symbolizes the desire for conviviality and the desire to socialize of human beings. Many times we take it for granted and sit carelessly in our seat in the evening to watch a movie. But it is precisely by observing the small screen with more attention that we can see how the sofa plays a central role in the plot.
In the history of cinema and TV there are many sofas that accompany the stories of the protagonists. For those who write and produce a film they are not just objects but fundamental elements to tell the events and the atmosphere in its historical context. Furthermore, the furnishings that make up a scene also serve to characterize the characters, to indicate their style and social background of origin.
Let’s start our short roundup of examples right away. In “Breakfast at Tiffany’s” the scenography fully represents the spirit of the protagonist, Holly Golightly. It is in fact eccentric and the sofa in this case is placed in the center of the living room and consists of a bathtub with legs in the shape of a paw, cut in half and on which a red cushion has been placed.
Still remaining in the field of cinema, we mention the memorable red leather armchair by “Matrix”. In this case it is a chesterfield model that brings the entire tradition of the English aristocracy into its history. In the film it is used by Morpheus and symbolizes the leading role that the character has in the revolt against the machines.
In the world of TV series, the sofa we all think about is certainly that of the TV show “Friends”. The famous orange sofa is located in the Central Perk café and is not only the backdrop to the many conversations between the six friends but is also at the center of the famous theme song. It is a real heirloom and perhaps a protagonist too.
Even in the sitcom “The Big Bang Theory”, the sofa is an integral part of the story. Sheldon and Leonard’s living room is at the center of many scenes and it is in it that the group gathers for game nights or Chinese food nights. Furthermore, Sheldon has his permanent place on the sofa that cannot be occupied by anyone else.
Finally, we mention the very famous Simpsons sofa, the focal point of their theme for decades. The beginning of each episode, in fact, changes every time but we can be sure that the 5 members of the family will always run on the sofa to watch TV.
Which cinema sofa do you remember?